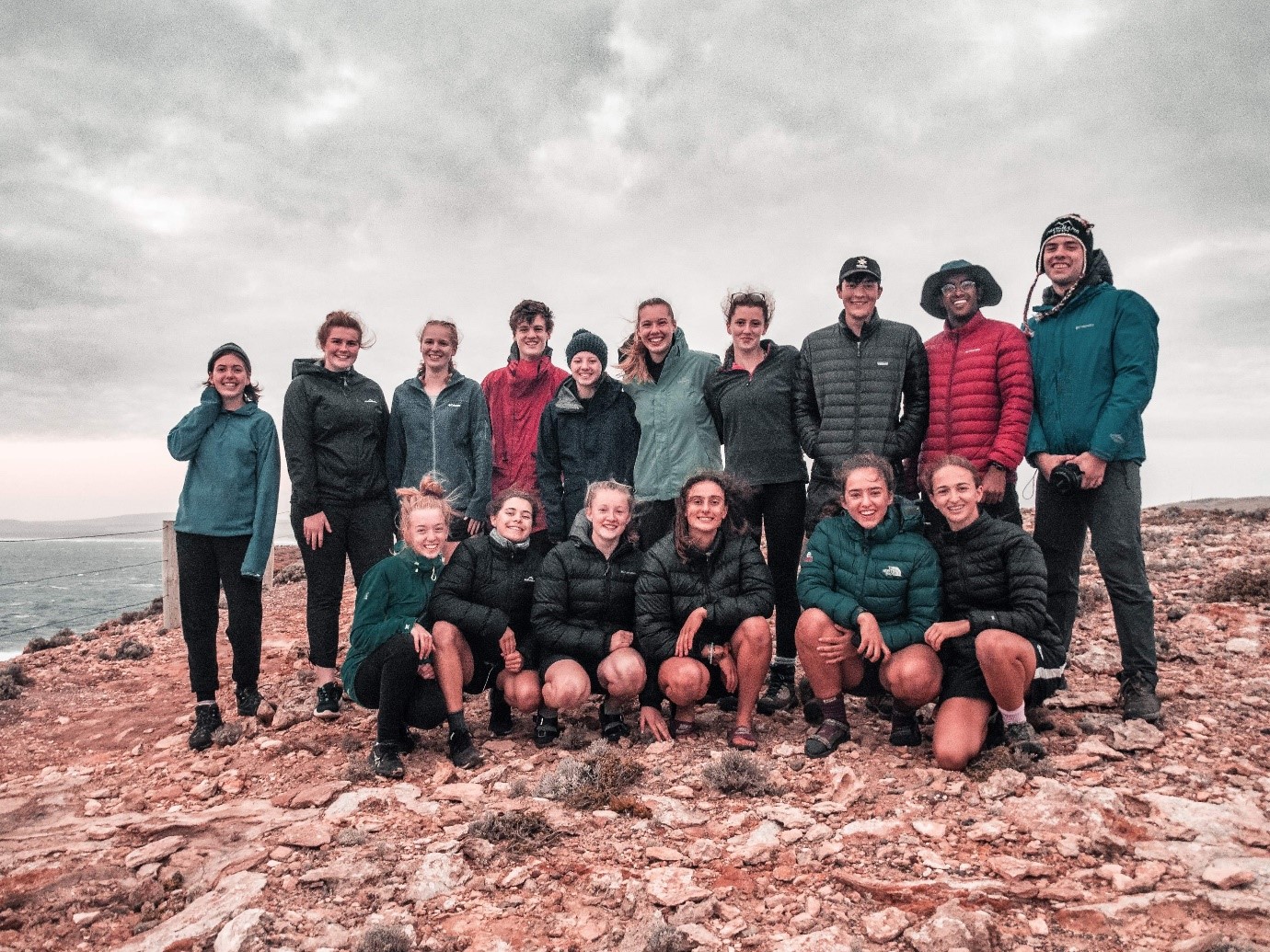 Duke of Edinburgh Silver/Gold Hike on the Great Southwest Walk

On the last day of Term 1, 16 Years 10 -12 students and four teachers departed Tintern Grammar at 3.00 to begin a wonderful journey along a stunning stretch of the Great Southwest Walk (GSWW) in Western Victoria. The GSWW was developed as a bushwalking trail suitable for most ages and abilities and, in total, comprises a 250km loop that begins and ends at the Visitor Information Centre in Portland. The track winds around “three National Parks, hardwood forests, the pristine Glenelg River, the township of Nelson, aboriginal heritage sites, the mighty Southern Ocean and vast sand dunes, sandy bays and beaches, rugged cliffs, freshwater lakes, the Cape Nelson Lighthouse and the stunning Bridgewater Bay”.

A tired group of staff and students finally arrived at the first campsite, Swan Lake, at 10.30pm after a brief stop for pizzas in Port Fairy. Tents were quickly set up in the dark and everyone settled in for the night in readiness for a 20km walk the next day. Day 1 of hiking followed an inland track via Mt Richmond to a beautiful bush campsite (Tarragal), nestled amongst the gumtrees with resident koalas. We were welcomed by a roaring campfire, set by Gordon Page, the liaison officer of the GSWW, who had collected our bus in the morning to transport our packs to camp. Gordon remained with us for dinner and gave the group a talk about the history of the GSWW.

Day 2 saw the group return to the coast and camp at a windswept open campsite called the Springs. The track roamed through farmland to reach Bridgewater lakes and morning tea was taken at the base of a large open limestone cave which the students eagerly explored.

The second half of the 13km hike was on the clifftops – a challenging experience as we hiked in the face of a raging southerly wind which, thankfully, was onshore and blew us back inland. Sunset was an hour earlier that night as daylight saving had finished the night before.

Day 3 was perhaps the most challenging as the hike continued on the edge of the sheer cliff tops in high winds, showers and rain squalls. We managed to dry out, however, at the charming seaside town of Cape Bridgewater as the rain dried up and the sun shone just as we stopped for lunch. The cliffs, which we had just navigated, are the highest in Victoria reaching some 130m above sea level and the views of the wild ocean were magnificent.

On our last day, we had to hike 13.5kms to the Lighthouse at Cape Nelson where we had organised a lighthouse tour for 12.30pm. There was no way out of it – we had to get up early, very early, 5.00am early! Given that there were two other people in the campsite we had to make sure that we kept the noise to a minimum… we were so quiet, however, that several members of the group failed to hear the wake-up shake of the tent and happily slept through until 15 minutes prior to our 6.00am departure time. On this morning, staff witnessed a great example of teamwork, as every group member pitched in to help the sleepy heads pack up their tents and gear in record time. We didn’t manage to leave at 6.00am but we were not much after and arrived at the lighthouse 30 minutes prior to our tour.

The walk commenced with a 5km stretch of beach on the extension of Bridgewater Bay. This section of the beach is only passable at low tide as high tide reaches right up to the sand dunes. When we started walking we were an hour shy of low tide and had to pay close attention to the incoming waves. One of the funniest moments was watching the staff and some students run from a rogue wave up onto the sand dunes and hang there like monkeys until the wave receded.

Bridgewater Bay is a rugged stretch of coast and not often visited by walkers. It was most distressing for all of us then, to see the amount of rubbish along the beach. This rubbish was not left by walkers, but rather washed up on high tides from debris in the ocean. Several members of the group are part of the Tintern Green Team and were on a mission to collect as much rubbish as possible. Plastic drink bottles, crayfish bait containers, microplastics, rope, fishing line, discarded buoys, glass containers – there was even a refrigerated shipping container washed up on shore! Everyone carried as much as they could and some of this rubbish will be recycled into art installations this term as part of a Green Team project.

The Duke of Edinburgh (DoE) journeys differ from the curriculum based hikes as students take responsibility for planning, organising and executing the hikes. All students had to attend a planning session where duties were divided up. Students organised the lighthouse tour, dinner on the first and last nights, directions to and from the start and end points, maps, food and group gear. Every night the students would have a briefing to decide on the plan for the following day. All students took turns at leading the group and they learned basic skills in navigation. Staff very much took a back seat and were there to support if needed.

The DoE also offers the opportunity for students to make connections and new friendships across year levels.  On this particular hike, we had six Year 12 students experience their last hike with Tintern. Most of the Year 12s are veteran DoE students and it was great for the Year 10 Silver Award students to have the opportunity to get to know them and to learn from them. I was very proud of the achievements of each and every student. We walked some 65km in four days in challenging conditions. We experienced nature at its most violent, we saw seals frolic, and koalas and wallabies in their natural environment. We lived each moment in harmony with the environment and came home feeling rested and rejuvenated.

I would like to thank Ms Constable, Ms Lowing and Ms Ord for giving up their holiday time to participate in this wonderful journey.

Year 12 student Olivia Adkins created a fantastic video about the hike. Watch the video here and enjoy the following gallery. 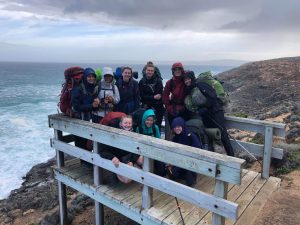 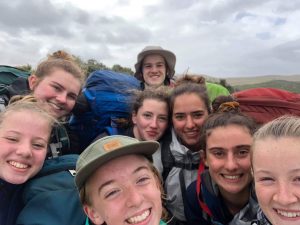 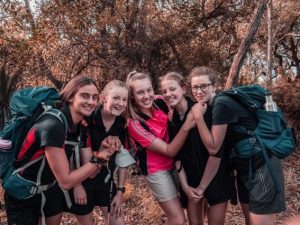 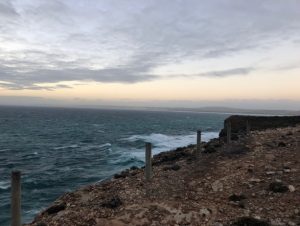 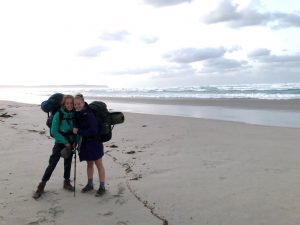 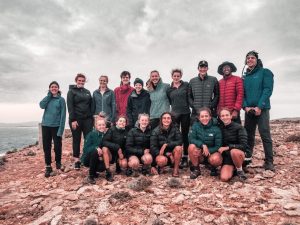 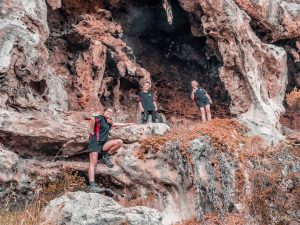 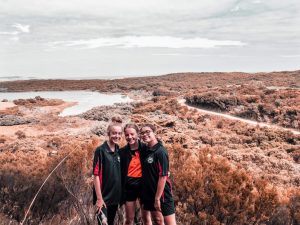 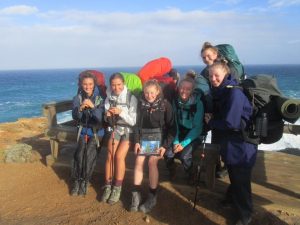 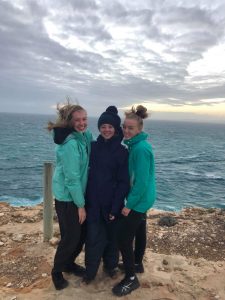 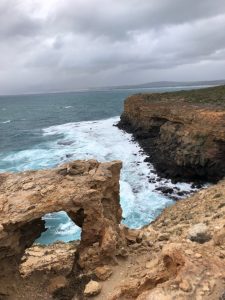