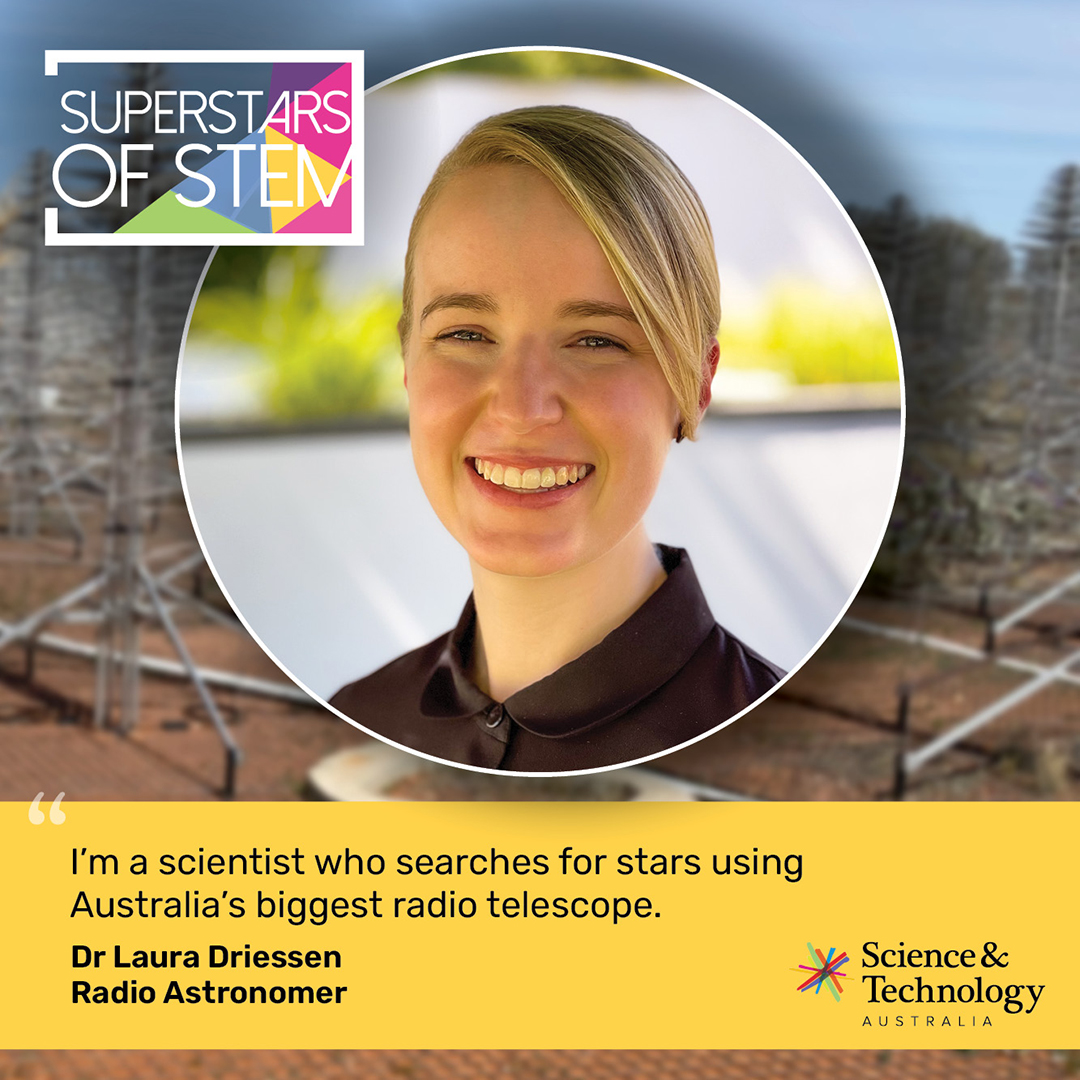 Laura has loved space for as long as she can remember, but it wasn’t until she attended the Professor Harry Messel International Science School (ISS) at the recommendation of Mrs Derry in year 11 that she realised that she could be a scientist. Laura graduated from Tintern in 2010 after receiving a Premier’s Award for VCE biology, the Monash Prize, and Science Dux. As well as attending ISS, Laura went to the National Youth Science Forum in 2010.

Laura was accepted into her dream undergraduate course – a Bachelor of Science (Science Scholars Program) at Monash University. In her second year of university, Laura was awarded a scholarship to attend the University of Warwick in the UK on exchange. While she was there, Laura was selected to attend a student forum in Meknes, Morocco.

At the end of her third year of university, Laura was selected for a studentship at the International Centre for Radio Astronomy Research in Perth. While she was there she was the first person to image the Galactic Centre of the Milky Way using the then brand-new Murchison Widefield Array Telescope. She graduated from Monash University with a high distinction average and majors in astronomy and astrophysics, and applied mathematics. Two days after her final exam she was on a plane to Europe for a studentship at the Netherlands Institute for Radio Astronomy (ASTRON). Her two studentships inspired her to apply for a master’s degree overseas, and she received a merit scholarship to attend the University of Amsterdam. Laura completed her master’s degree at the University of Amsterdam in 2017 and was awarded the De Zeeuw-van Dishoeck prize for the best astrophysics master’s thesis in the Netherlands, as well as the first prize for best astrophysics master’s thesis and second prize for best astrophysics master’s thesis presentation at the University of Amsterdam.

In 2021 Laura completed her PhD at the University of Manchester. She is now back home in Australia, working as a Postdoctoral Fellow at the CSIRO working with some of the biggest radio telescopes in the world. Telescopes like ASKAP right here in Australia, trying to find flaring stars. (If we know which ones flare, we know where not to look for life.) Most things a radio telescope sees in the sky are galaxies, Laura works on sorting out what’s a star and what’s not.  She recently visited the Pia Wadjarri Remote Community School in the Murchison in WA to do some workshops with the students and share the amazing science done with the telescopes on their land. The Christmas-tree like antennas, in some of the images in her gallery, are the SKA-low prototype antennas, the SKA is going to be the largest telescope in the world and the SKA-low is going to be built at the observatory in the Murchison, which Laura will be using to search for new radio stars. In some of her images you will also notice an antenna dress which she sewed herself from an old cloth banner advertising the SKA-low, turning it into an ‘SKA dress’.

Congratulations Laura on all of your amazing accomplishments since finishing at Tintern. 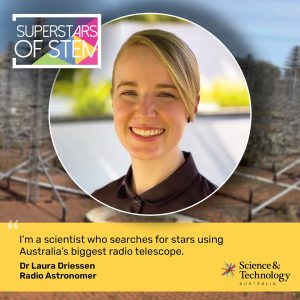 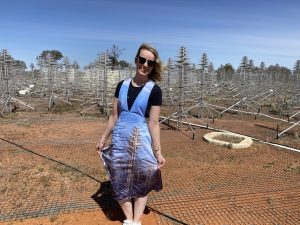 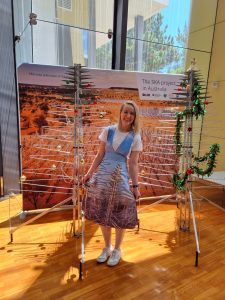 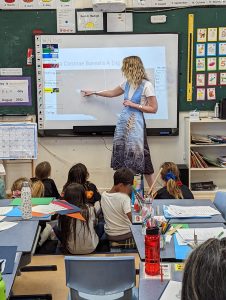 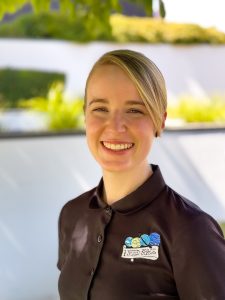 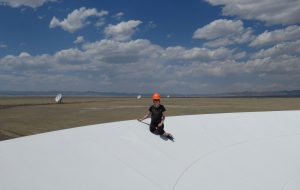 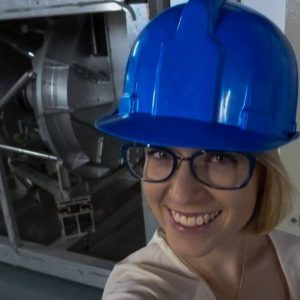