Home / Equestrian  / Equitana Excursion – a wonderful outing for all! 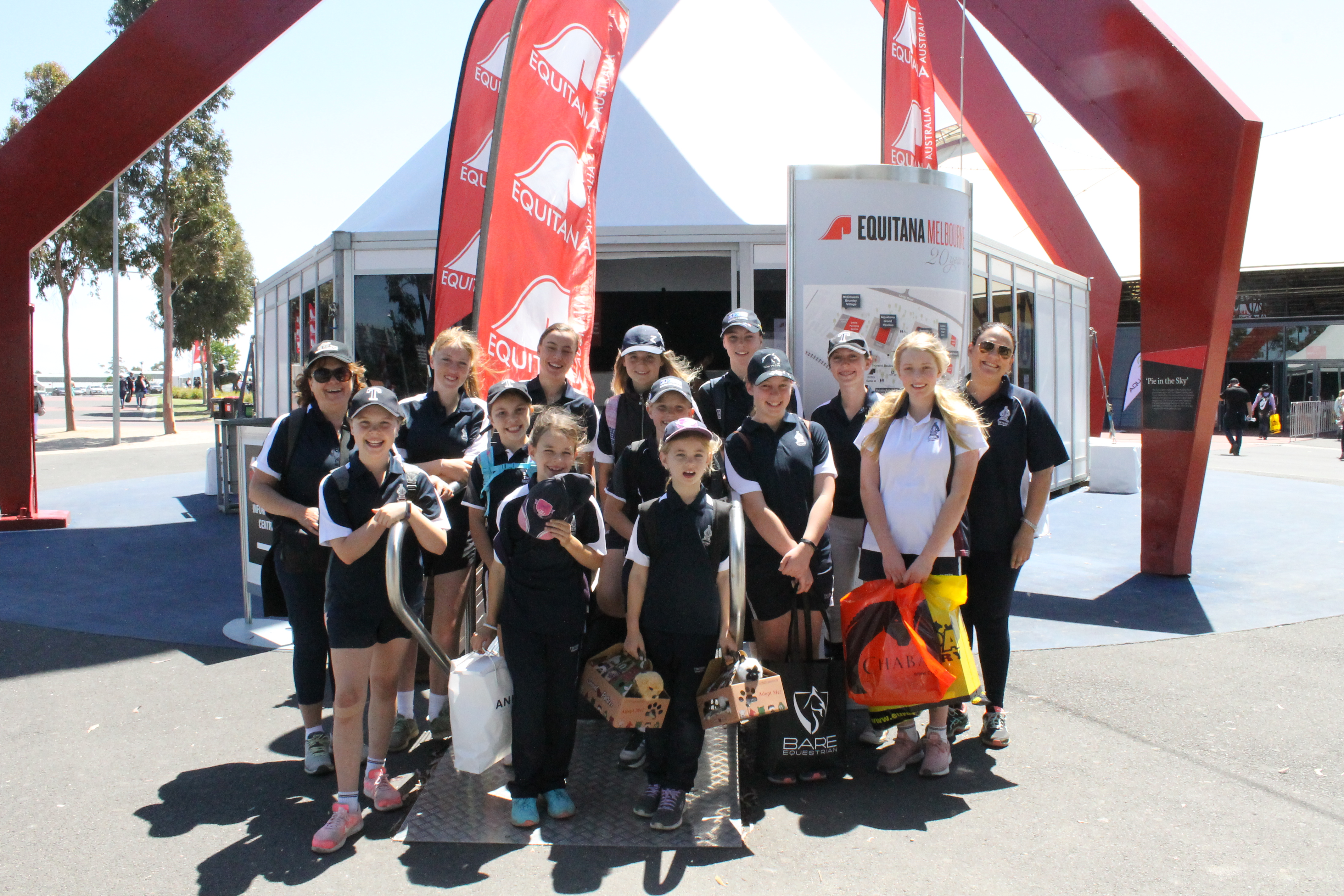 Equitana Excursion – a wonderful outing for all!

On Friday 16 November, the Equestrian Team went on an excursion to Equitana, a big horse show/event at The Royal Melbourne Showgrounds. Lilly Trevorrow in Year 9 had been selected to ride in the Pony Club teams show jumping display, so we all went and supported her.

The competition held was a Pony Club Zone Showjumping Competition, with 3 members from each Zone forming a team. They then competed in teams against the other zones. Lilly was representing the Northern Metropolitan Zone. There were 10 zones in the competition, so a total of 30 riders.

Only 12 riders (including Lilly) had clear rounds and faced a jump off against the clock.  Lilly’s team result saw them place 5th. Well done, Lilly!

We all had a fantastic day, which included lots of shopping, laughs and a great day as a team! Thank you to Mrs Bezaire and Ms Infanti for organising the trip and to the Friends of Equestrian Committee for sponsoring such a wonderful experience for us all.

News from the Equestrian Team