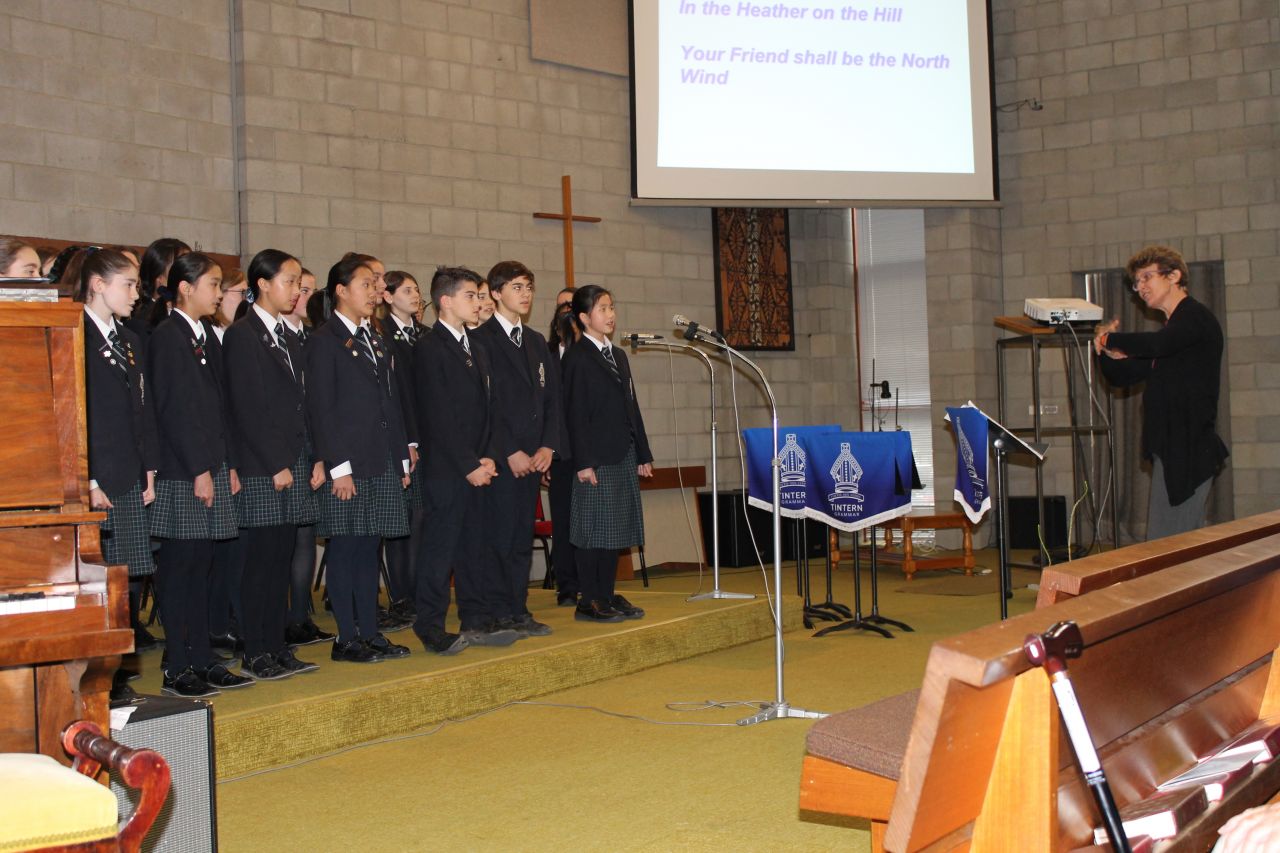 Spring is in the air!

Last Sunday 15 September, students from Tintern were delighted to perform at the Heathmont Uniting Church as part of the Heathmont History Group’s Spring Concert. The concert was themed around ‘the music of nature’, which served as a tribute to Heathmont’s orchard and heath heritage. The concert began with the combined Intermediate Choirs performing four songs, conducted by Ms Anne Bortolussi and accompanied at different times by our wonderful student pianists.

The Tintern Clarinet and Saxophone Ensembles performed a number of beautiful pieces, under the guidance of the ensembles’ director, Mrs Lisa Clarke. A number of talented students were featured throughout the concert as soloists. The concert was brought to a close with a sing-a-long of some old-time favourites including Edelweiss from the Sound of Music and The Road to Gundagai. It was lovely to be able to perform for such a joyful and appreciative audience. Many thanks to our Director of Music, Mrs Bezaire, Mrs Clarke, Ms Bortolussi and the Heathmont History Group for giving us the opportunity to perform for such a beautiful community.