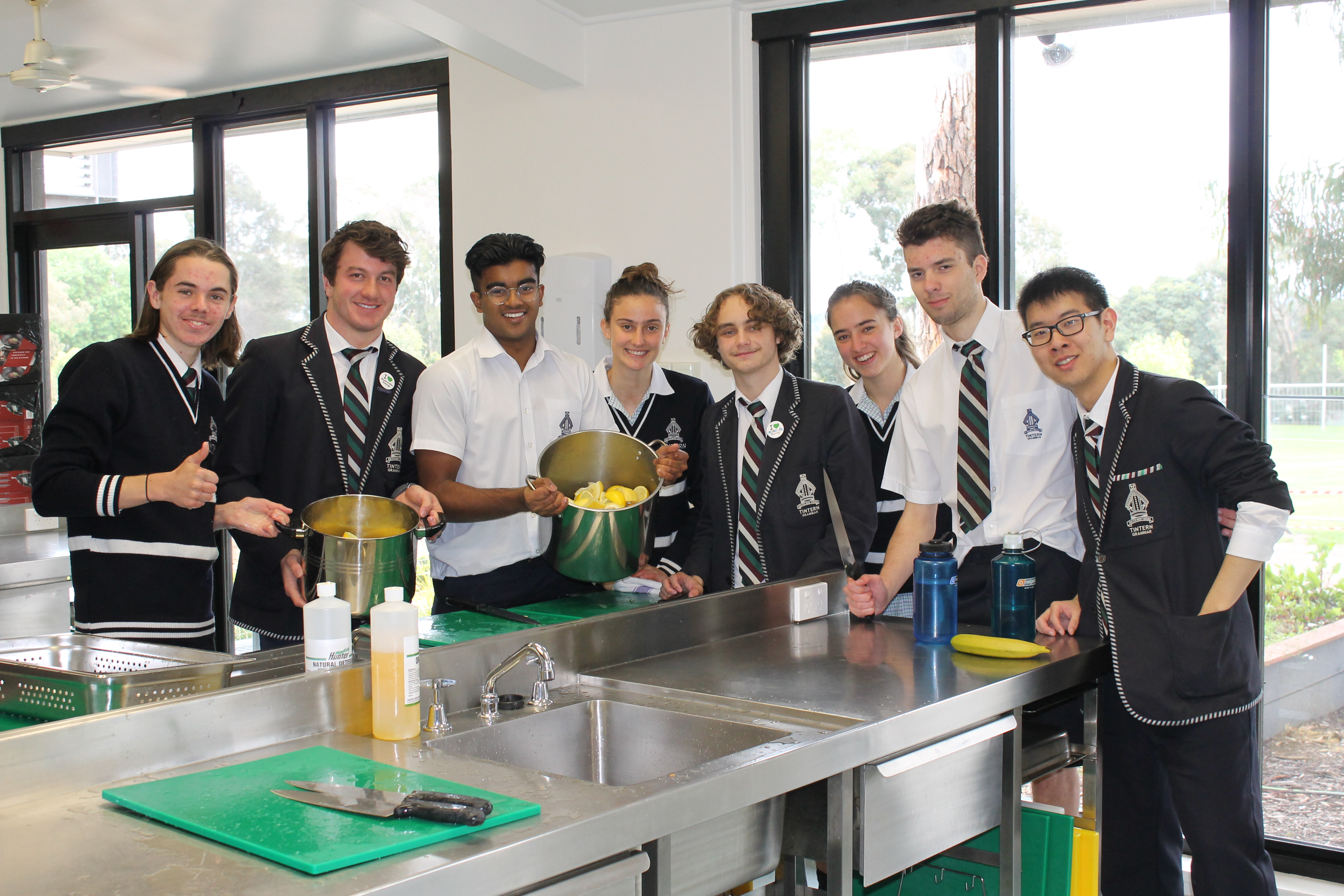 We are very excited to be able to report to you about the great success of the inaugural Green Earth Week organised by our very own Year 11 Green Team students Natalie, Jeremy, Dylan and Josh. Between the four of them, they organised an astonishing number of activities and initiatives that spanned all the way from the Junior School to the Senior College.

Green Earth Week kicked off on Thursday 10 October with a speech by Cheryl Batagol. Cheryl has been the Chairperson of the Environmental Protection Authority since 2009 and has more than 40 years’ experience working in waste management, the water industry and environmental sectors. She has spent her life fighting for social and environmental justice and was inducted into the Tintern Grammar Avenue of Excellence earlier this year for her commitment and service in the area of sustainability. Cheryl’s speech was powerful and inspiring, and her wisdom and experience were evident in her soft-spoken, understated and kind manner. Rather than talking about her vast range of achievements and the awards she has received for her contributions to sustainability, she instead talked about how we can go about creating change in our own lives and how we can influence others to do the same.

Green Earth Week began in the Junior School with the Preps and their buddies planting zucchini seedlings during Monday lunch and Utility. They used Tintern’s own compost and were helped by Year 12 Green Team members. This was a wonderful experience for the younger children as they were able to learn about the importance of sustainability and the benefits of home-planting over buying imported fruits and vegetables; all whilst getting their hands dirty. We hope to soon see some photos from the students of how their seedlings are growing at home!

The Green Team then held a “Waste Free Wednesday” in the Junior School where students were encouraged to ensure that all food brought to school was kept in a recyclable or compostable container. The day turned out to be a great success, especially from Year 3 upwards. The Green Team were exceptionally pleased to receive an email from one of the student’s parents, expressing their gratitude for the day and how it influenced their family to start buying from a local whole food shop which offers their produce to be weighed and sold in jars instead of plastic packaging. This response has inspired the Green Team to start initiatives for the start of next year where perhaps every week will have a “Waste Free Wednesday”.

Finally, a food drive was held in the Junior School where students were required to bring in either a tin of tomatoes, a packet of penne pasta or a bag of plain flour to be donated to FareShare, a charity that repurposes food waste to turn into nutritious meals for those in need. The final goal was 100kg and with only 30kg left to collect, the food drive was extended a further two weeks to achieve it. It was fantastic to see the great pile of goods that were brought in to support the charity and to talk to some members of Junior School about what food they brought in and why they believe it is important to help others in our community.

In Middle School, Green Earth Week started with a bang on Monday with the Year 9 Clean Up around the Ringwood East shops and station area during Utility and Period 4. It was a warm, sunny day for the students to get out of the classroom and make a difference by alleviating the amounts of pollution and litter in our local community. Many strange objects were found, which made the entire experience quite enjoyable and something that would be worthwhile to do again in the future.

Similar to “Waste Free Wednesday’, Middle School had their very own “Trash Free Tuesday” and students were required to not bring any food that had disposable packaging unless it was able to be composted. Overall, the students made a tremendous effort and, again, this is something that the Green Team wishes to make a regular event.

A Clothing Swap stall was held on the Friday where clothes that had been brought in by Middle School girls throughout the week were put out on display to either be taken for free by girls who had already brought in clothes, or to be sold for a gold coin donation. This turned out quite well despite some last-minute organising, and many girls left feeling satisfied with their new acquisitions. Any clothes that weren’t swapped were donated to the charity ‘Mums supporting Families in Need”.

In addition, the “Bake the World a Better Place” bake and lemonade stall was held with only plant-based items being sold. It was lovely seeing members from around the entire school queue up and enjoy the delicious, vegan treats. This, in conjunction with the free dress day prior to Green Earth Week, raised nearly $900 which will go towards our final donation to FareShare.

In the Senior College, environmental documentaries played in the Hawthorn Room every day. The goal was not necessarily to get many students to watch the programs but just to remind everyone about Green Earth Week and acknowledge the theme of sustainability. The top hits were “50 Minutes to Save The Reef” and “The Story of Stuff”.

During Tuesday (Year 11) and Thursday (Year 10) Utility, students engaged in a variety of environmental activities, such as, sorting the soft plastics that the school has collected over the past four months, sorting the rubbish from the Year 9 Clean Up, an environmental poster design competition, a clean-up of the bushland and around the school, and, finally, some digging of soil for the horticulture club down at the farm. The sessions were incredibly successful with the majority of students putting in 100% and many even gave feedback wishing they had a bit longer in their chosen activity. It was great to see so much waste and litter being retrieved from the natural environment and then sorted and channelled through the correct waste systems.

“Lights Free Thursday” was held in both the Middle School and Senior College. As many lights as possible were turned off, but projectors and laptops were permitted to be used to not disrupt learning. Unfortunately, it was a cloudy day so some lights had to be turned on to ensure that students would see their workbooks. However, all in all, the day received positive feedback from the students who said it was relaxing to have the lights off, and they even focussed on their work more!

Overall, Green Earth Week was a tremendous success with numerous and varied activities being carried out, as well as a plethora of learning experiences and positive feedback. We hope that the legacy of Green Earth Week carries on to next year and becomes an annual event, teaching and celebrating the importance of sustainability. 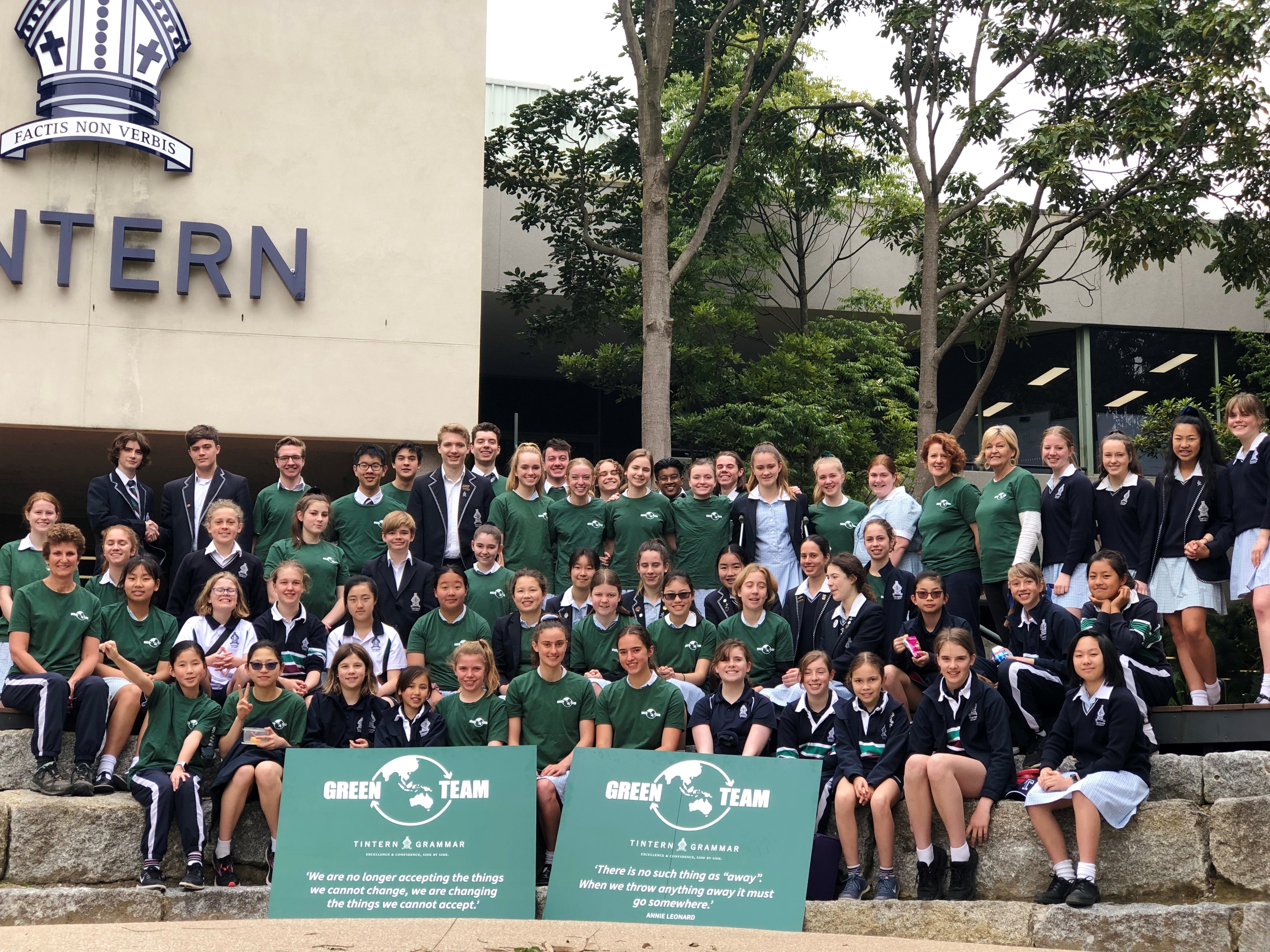 By Natalie and Hannah, Year 11

Green Team and the TPG – A Great Partnership